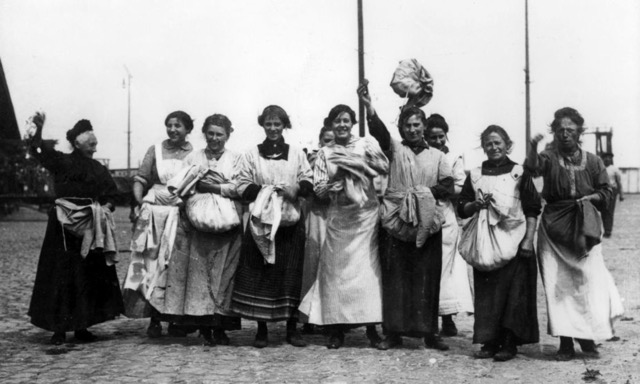 For her performative walk Onze Roeping, on Joyful Militancy Mercedes Azpilicueta, together with ROZENSTRAAT curator Sjoerd Kloosterhuis collaborated intensively with Mieke Krijger of the Jordaan Museum. Monument voor een Dansenkater, het Aardappeloproer, juni-juli 1917, that is developed by Mieke Krijger, is the perfect walk for those who want to learn more about the background of the Potato Riot.

During the walk we follow in the footsteps of women from North Jordaan who opposed the export policy of the Dutch government during the First World War. The Netherlands exported good potatoes to Germany in exchange for coal, while the population was given spoiled potatoes. This year it is 105 years ago that the Potato Riot took place. Many women faced it alone during the First World War. Also in The Netherlands the men were mobilized. Not only to defend national borders, but also to guard food supplies.

The scarcer and more expensive the food became and the cruder the War Profit Makers (OW-ers) went to work, the more soldiers were sent to Amsterdam. Amsterdam became a besieged city, and the military was deployed against its own population. And yet the women defied armed forces and plundered food supplies for export to Germany and England to feed their families. In a short time, 10 to 13 people were killed and more than 108 were injured.

This tour will be in Dutch