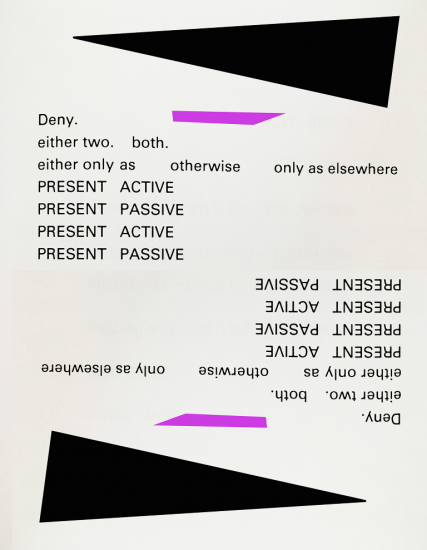 What happens to the thing when someone says it?

How to create an open form able to go beyond the limits of language in describing reality?

Is silence a better option?

What happens to my fist when I open the hand?

And promptly silence turns into discourse, symptom of a power that transforms actions into objects.

Will meaning fill the void that I produce?

The perspective I look through is Powerlessness.

Powerlessness is not weakness. Rather it is a strict discipline in accepting paradoxes.

An exercise of non-power.

SSOL/AP is an independent choreographic project started in London on September 2016 and later re-staged in Gwangju in November and in Rome in February 2017. We are happy to announce four new studios of the performance SSOL/AP in various locations of the city of Amsterdam between the 4th and the 8th of July 2017.

SSOL/AP is an attempt at expanding Caterina Silva’s research on the limits of language shifting the focus from the production of objects-painting to the creation of a living rhythm.

It takes shape as choreography responsive to both the place in which it is staged and to the participants’ attitudes and capabilities.

Caterina Silva explores the links between power and language from often silent or pre-linguistic places in order to elude canonical structures of production of meaning.