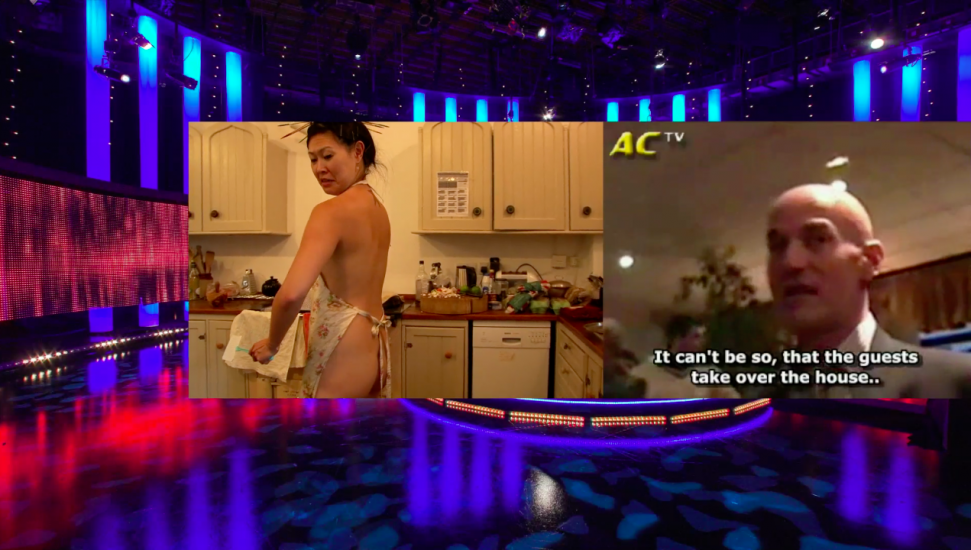 The Queer Series is back! In the first event of our new trilogy, we will join in Oreet Ashery’s Party for Freedom. In this 2013 audio-visual exploration, Ashery focuses critically and humorously on the rise of right-wing populist parties in the Netherlands; zooming in on their liberal values in regard to religion, immigration, body politics, gender and sexuality. Fast-forward to 2017, those same parties are now an established presence in the Dutch political landscape. With Ashery’s piece being more topical than ever, we will go into the parties’ conservative gender and LGBTQI+ values, which continue to require critical scrutiny.

Ashery’s Party for Freedom is an audio-visual album developed through a series of performance workshops given by the artist herself. The artwork’s narrative is loosely based on Vladimir Mayakovsky’s 1921 play Mystery-Bouffe. Ashery uses nakedness, trash aesthetics, and collective sound and action to explore notions of liberation and liberty; their histories, currencies and potential futurities. Herewith Ashery responds to a series of events causing great turmoil in the Dutch political landscape, including the assassinations of right-wing politician Pim Fortuyn in 2002 and film director Theo van Gogh in 2004, as well as the ensuing popularity of Geert Wilders and his Partij voor de Vrijheid (“Party for Freedom”).

This event consists of a screening of Oreet Ashery’s Party for Freedom, followed by a moderated conversation on nationalism, hetero-normativity, homo-normativity, queer spaces and the capability of art.

The Queer Series is a series of public events organised with the aim to highlight, contextualise as well as question queer elements of artworks, art collections and art archives. Based on the idea that these specific aspects often receive little attention, this series of public events aims to unravel as much as critique past and present queer and gender issues in societies seen through the lens of contemporary art. In 2016, the series was founded at Framer Framed and initiated by Bas Hendrikx and Léon Kruijswijk. The 2017 events will take place at ROZENSTRAAT, NEVERNEVERLAND and Framer Framed.

The three upcoming Queer Series events are kindly supported by the Amsterdam Fund for the Arts (AFK), ROZENSTRAAT, NEVERNEVERLAND, Framer Framed and friends of the 3 Layers Foundation.