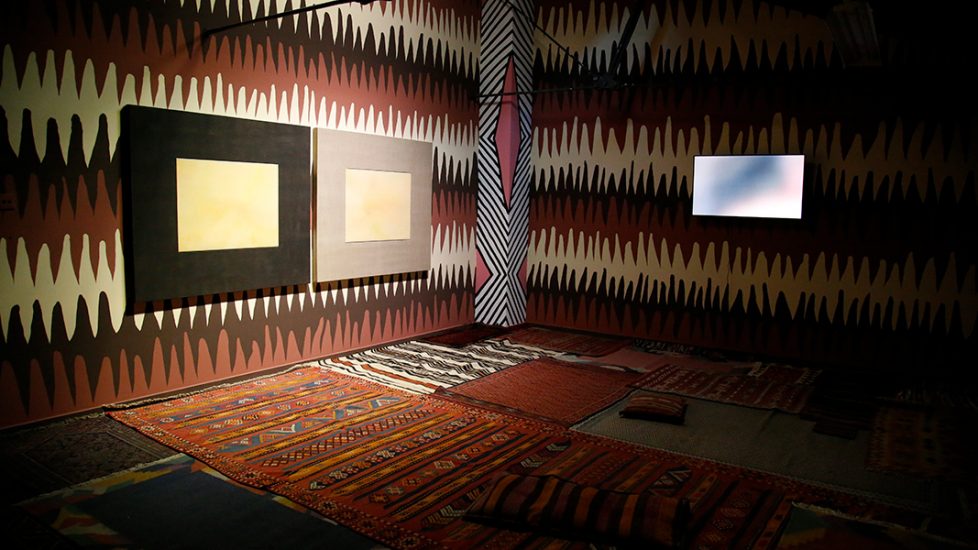 During the opening there will be a live radiobroadcast in collaboration with Ja Ja Ja Nee Nee Nee, an online radio dedicated to the arts, and will be live broadcasted at www.jajajaneeneenee.com

The soup is delicious
A knife chopping onion, an ass fades in and out, a hand pressing a piece of meat, a dog with his master, (he is naked and has a small penis) a knife chopping garlic, pealing an avocado, a vagina is fading in and out…
Imagine yourself lying down on the floor, facing the ceiling. Your arms and legs are extended. Standing over you there is a person you know, It is a special moment. (the status is equal, there is not someone that you feel is more or less powerful than you…) You have to focus on the rhythm of your breath to allow yourself to bear their weight for some minutes. How do you describe your emotions in this situation? What do you imagine?

Mauricio Limón is showing the second phase of his current work “Trust comes on foot and leaves on horseback” an installation based on murals, paintings, carpets and sound. Inspired by Cardena´s Video “The Soup is delicious” Limon takes this title to introduce a radio broadcast with interviews about social interactions and sexual arousal, structures of power and its insertion over the body, cinema and pornography.