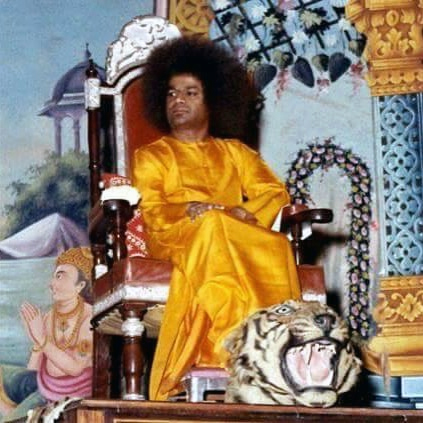 I’m the Story, I’m the Star, You Know. Sathya Sai: Vibhuti, Jewels of Your Vanity, Flowers Looking up to My Throne Become a Glittering Garden, 2004-2017

With his new sculptural work, Friedrich bears vicarious witness to the miraculous powers attributed to Indian guru Sathya Sai Baba, such as the materialization of holy ash (vibhuti) and necklaces before the eyes of his devotees.

Christian Friedrich (DE) studied visual arts and protestant theology. His artistic interests lie in the conditions, structures and manipulations of subject-object relationships. A common theme in Friedrich’s work is the subjugation of the human body, which he regularly presents as an object of desire in which power and submission may collapse into the subliminal. His practice spans a wide range of media including sculpture, video, sound, photography and writing. Friedrich has attended de Ateliers in Amsterdam (NL) from 2007-2009 and the International Studio and Curatorial Program in New York (US) from 2009-2010. He has had recent solo exhibitions at De Hallen, Haarlem (NL) and the Grazer Kunstverein (AT). Christian Friedrich is the winner of the Cobra Art Prize 2017 and will have a solo exhibition at the Cobra Museum of Modern Art later this year.