ROZENSTRAAT – a rose is a rose is a rose is proud to present ‘Warming Up’, the first posthumous overview of the work of Miguel-Angel Cardenas (1934-2015) in the Netherlands. Cardenas, who took on the name Michel Cardena when he moved to Holland in 1962, was born and educated in Colombia. Once here he invigorated the Dutch artscene with bold experiments. First, in the early 60’s, in the realm of new realism/pop art, with ‘zipper’ assemblages and drawings. Later, with concept based installation, performance and video-art. Also internationally, the work of Michel Cardena is getting renewed attention. This show takes the chance to level him with Dutch fellow artists like Bas Jan Ader, Jan Dibbets and Ger van Elk.

Cardena’s work deals with the concept of human warmth in various connotations. From social, cultural and culinary warmth, to explicit erotic and sexual heat. By heating up the senses through art he felt the could transform the (Dutch) rational and cold culture into a warm tropical (Colombian) spirit. He even set up a company for its distribution in 1968 called “Cardena Warming up etc. etc. etc. Company”. The logo, which looks like a flower/vagina, adorned his signature jacket and his company van. Heating practice usually involved several techniques, which reappear in all his artworks: supplying thermal heat, heat through food, alcoholic drinks, bodily contact, pornographic texts and sexual imagery.

The first business task he undertook was to heat up the entire family of collectors Agnes and Frits Becht in Hilversum. This attempt failed, as apparent in the video in the exhibition. Although spicy soup was served and the thermostat blazed at maximum strength, the family members ended up shivering cold, wearing fur hats and scarfs, whereas Cardena ended up boiling hot, naked except for his watch and glasses.

One of the pivotal works in this exhibition is ‘Cardena réchauffe Mondrian, Ives Klein et Malewitch’ 1972-1973. Here he warmed up ‘cold’ art. Aided by Hetty Huisman, he made clay versions of archetypical Mondriaan, Yves Klein and Malevich works, rolled them up and grilled them in a Moulinex oven.

Sexuality is a fundamental theme to Cardena’s practice; he once said the essence of his work is ‘hormone-driven’. His video works feature naked bodies in various stages of excitement; the resulting body heat is used as a warming up method to melt ice cubes or transform fluids.

‘Correction of a Catachresis’ (1973-1976) is a beautiful plea for (guilt)free sexuality in all constellations; men-men, women-men, women-women. In this performance and video Cardena promotes that the words fuck, cunt and dick should not be used in a negative sense. By giving out flyers at the Central Station in Amsterdam in 1976 he spreads his own sacred words: ‘Be proud of your sexual body’, ‘Don’t say fuck with a debased intention. Isn’t this a beautiful act?’

In terms of heating up the senses, for Cardena cooking shared first place with sex.
Refined cooking evokes love and warmth in many of his works. His favorite cookbook, ‘Modern Cooking’ by Paul-Henri Pellaprat takes on biblical form in “Cardena reads hot passages from the holy bible and Pellaprat’s modern cookery book’.

Apart from his infatuation with food and sex, Cardena also loved chess. It was interwoven in his daily life but also in his art. In an early performance at In-Out Center he ‘warmed up’ a chess game by Marcel Duchamp and Marshall. In museum Boijmans van Beuningen he played with Dutch chess legend Timman; the sets were laid out with spaghetti sticks, when they were done they were put in a pan, boiled and later served to the public.

The exhibition at the ROZENSTRAAT – a rose is a rose is a rose is co-curated by Corinne Groot and Rob van de Ven. The show presents various ‘warming up’ pieces from the 70’s, found in private and public collections. There are some early “zipper” drawings from the 60’s and a range of videos is presented. Cardena is considered a pioneer for his early use of video in an interdisciplinary way, sometimes incorporating dance, and experimenting with technical possibilities.
Documentation is an integral part of the show. There are original photographs of Cardena’s performance in 1969 at Kasteel Drakensteyn, where he warmed up one wall of the royal castle and arranged a ‘symphony for 7 waiters’ in which Prins Claus participated. Also have a look at the menu cards with mouthwatering dishes, to heat up all visitors..

The exhibition is not static and does not solely present Cardena’s work. It is in constant state of flux; several young artists will react to Cardena’s work and their interventions will reshape the show every few weeks.
Artun Alaska Arasli, Christian Friedrich, Mauricio Limón de León and Freek Wambacq are invited to intervene with the main exhibition. Each of them will have their own intervention for a period of two weeks which creates a continuously changing perception of Miguel-Angel Cardenas work. In addition to the show will have a full program of lectures, screenings and performances.

MIGUEL ÁNGEL CÁRDENAS was born in El Espinal, Colombia, in 1934 and died in Amsterdam, the Netherlands, in 2015. He studied architecture at the Universidad Nacional in Bogota (1952-1953) and visual arts at the Academia de Bellas Artes (1955-1957) and the Escuela de Artes Gráficas in Barcelona (1962), before moving to the Netherlands where he lived for the remainder of his life and adopted the artistname Michel Cardena. In 1964 Cardena was included in the seminal exhibition “New Realists and Pop Art,” which travelled from the Gemeentemuseum The Hague to Vienna and Brussels. In 1972 Cardena established an artist-run space called the In-Out Center along with a group of Amsterdam-based international artists. The In-Out Center hosted exhibitions of early video and performance art in addition to supporting conceptual and collaborative projects. Cardena’s work is in the collections of the Stedelijk Museum, Amsterdam, Netherlands; Moderna Museet, Sweden; Gemeentemuseum, The Hague, Netherlands; and Museum Boijmans Van Beuningen, Rotterdam, Netherlands, among others. His work was recently exhibited at the Instituto de Vision, Bogota, Colombia (2015) and at Andrea Rosen Gallery in New York (2017) and will be part of the exhibition ‘I am a native foreigner’ opening at the Stedelijk Museum Amsterdam in September 2017. 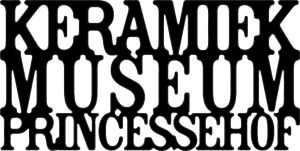