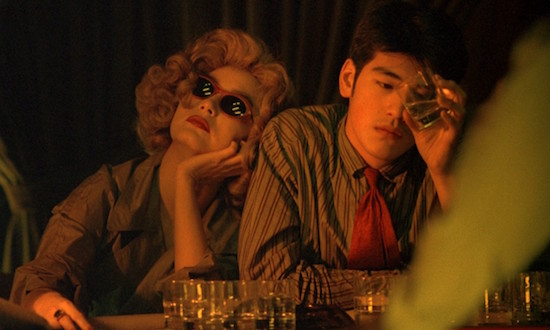 Many years ago I screened all of the earlier films by Wong Kar-wai, but I was more hesitant to show this one because its one of his most popular films (and I tend to screen mostly the obscure ones). But now we are many years down the road and it would be lovely to show one of his films again, so why not this gem? Especially in light of what is happening now in Hong Kong.

One of the defining cinematic works of the nineties and the film that made Hong Kong filmmaker Wong Kar-wai an instant icon. Two heartsick Hong Kong cops, both jilted by their ex-lovers, cross paths at a late night fast food stand, where a ethereal pixie waitress (Hong Kong pop star Faye Wong) works. From this point the film spins off telling the two different stories of love and longing in Hong Kong.

Whats beautiful about the film is that neither of these stories have a conventional plot. But what Chungking Express does have instead is loads of energy and a gorgeous visual style that never gets in the way of engaging with the charming characters. The movie was shot on the fly by director Wong Kar-Wai (Happy Together, In the Mood for Love), using only available lighting and found locations. The movie’s loose, improvisational feel is such a relief compared to most films made these days. Quirky, funny, and extremely engaging, Chungking Express manages to be experimental and completely accessible at the same time. The great soundtrack and lush visuals alone are reason enough to see this masterpiece.