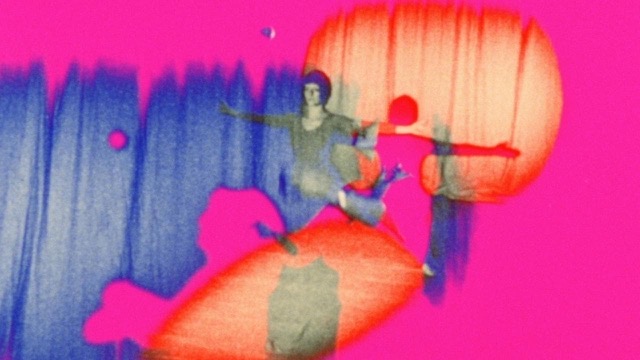 Join us this Sunday at 8pm for Jeffrey’s Cinema, when we present Riddles of the Sphinx (1977)

Jeffrey about Riddles of the Sphinx: Certainly not to be meant as entertainment, and perhaps not even enjoyable, this is the kind of essay film that kicked back against the heavy commercialization and expectations of what cinema should be by a market-driven industry back in the 1970s. These kinds of movies were possible only then -after the liberation of the 1960s, and before the trampling of everything in the 1980s by neoliberalism.

Right at the beginning this flick makes its position clear: Women within patriarchy are faced with a never-ending series of threats and riddles, and then goes onto charting fragmented situations, revealing the lives of women in modern society. The concept of the movie was by Laura Mulvey who is one of the most important European feminists, and she made it with her husband Peter Wollen who was a crucial film theorist and semiotician. Together they jump into the thick of it, constantly tearing apart every standard cinema convention, always pushing, constructing and then tearing it apart again… always exploring. In some ways it is a kind of stream-of-consciousness poem, that also brings in history, psychoanalysis, sociology, greek myths, and everyday life – all from the perspective of a woman. It attempts to grasp the complex totality of experience, hitting on different angles and levels as it unfolds.

In a surprising addition for such an analytical ‘theory’ film there’s a fantastic electronic music score composed by Mike Ratledge of the psychedelic prog-rock band Soft Machine. His electronic music is a sort of double-entendre, both soothing and alienating in the same beat.