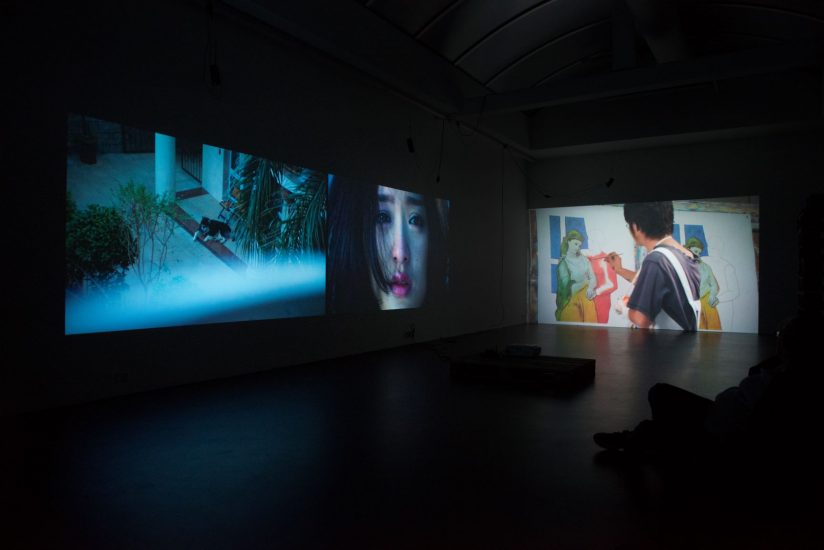 Please note: the talk will be in Dutch

During this evening Gerald van der Kaap will discuss his multi-channel installation beyond Index, currently on show at Rozenstraat, with film critic Dana Linssen. In the form of an exhibition tour, Linssen and van der Kaap discuss the differences and similarities between the original feature film and the video installation with 12.1 surround sound especially made for the exhibition at Rozenstraat.

Why did Van der Kaap specifically chose a complex story line in the form of an image essay? Why do actors and real people alternate and sometimes play the same roles and where do all those art historical references actually came from?

Also the power of art will be discussed. Does art have the power to undermine or even destabilize neo-liberal regimes? And does it actually have the ability to wake up its spectators? These are all topics that are touched upon both in the film and during the intimate tour.

Dana Linssen is a film critic (for NRC Handelsblad and de Filmkrant), lecturer film history, analysis and theory at ArtEZ Academy of Theatre Arnhem and HKU Utrecht, mentor at Berlinale Talent Press and Sarajevo Talent Press, member of the selection committee of Berlinale Talents, curator of the IFFR Critics’ Choice and the Director’s Forum at NFF. She is the recipient of the 2009 Louis Hartlooper Prize for Film Journalism and the Silver Rosebud Award in 2018.