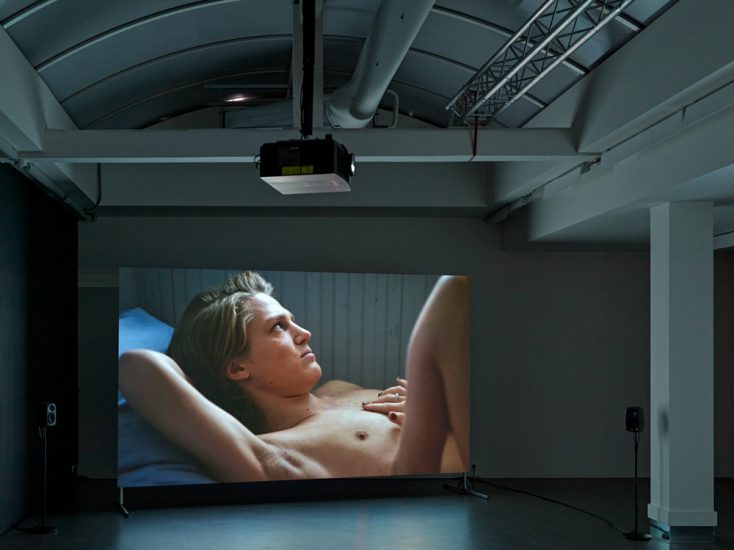 Reading Preliminary Notes for a theory of the Young Man. On Bart Groenendaal’s The Young Man as Movie Star

For the exhibition The Young Man as a Movie Star by Bart Groenendaal, Persis Bekkering, wrote an essay commissioned by ROZENSTRAAT, that she will read during the finissage.

Persis Bekkering (1987) made her debut with the novel Een heldenleven (Prometheus, 2018), which was nominated for the ANV Debutantenprijs (shortlisted). Her second novel Excess, about the rave movement as the ritual farewell of the future, appeared in the summer of 2021 and was nominated for the BNG Bank Literature Prize. She writes essays, columns, literary and art criticism for NRC Handelsblad and Mister Motley, among others, and teaches creative writing at ArtEZ in Arnhem.