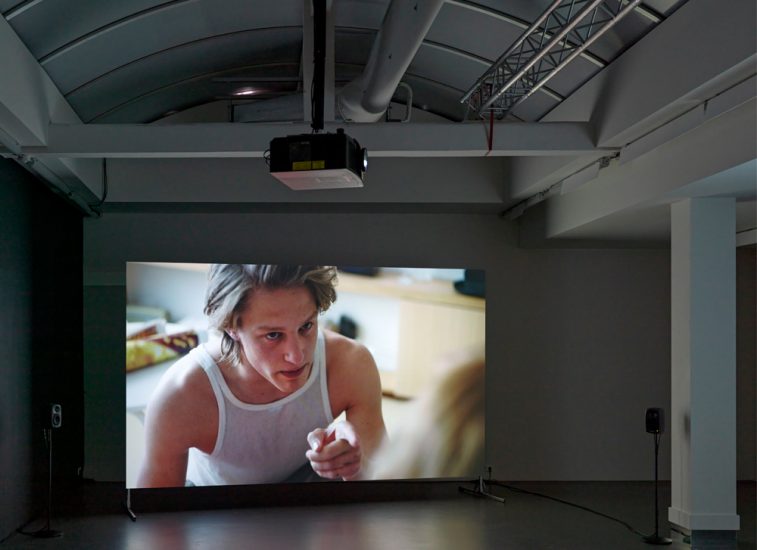 Join us for the Panel session Other perspectives on ‘masculinity’

The conversation will be mainly held in Dutch

In Guidelines for Psychological Practice with Boys and Men (2018), the American Psychological Association (APA) describes masculinity through a set of globally assigned characteristics. These are: “anti-femininity, heterosexism, the urge to achieve, a distaste for (the appearance of) weakness, a lack of emotional sensitivity, an independent attitude and a thirst for adventure, risk and violence”. At first glance, these are indeed still the basic qualifications of the ‘archetypal man’. The damage this causes, for women and men, is well known, and there are countless examples of how not to do it. But how then should, or could, it be? And is the concept of masculinity indeed so narrow, as described above, or can it be understood more broadly?

Based on the film installation The Young Man as a Moviestar by Bart Groenendaal and the video work in progress Black Butterflies by Jonathan Hielkema en Jacopo Planet, that are currently both on view at ROZENSTRAAT, journalist Ruby Sanders will discuss alternative interpretations of ‘masculinity’ together with psychologists Marcel Ulrich and Timon van der Scheer, both from close to home and from across the border. How is the idea of ​​masculinity interpreted elsewhere, and what can we learn from it? What other role models are conceivable, and can nuance the stereotypical image that the APA outlines? And what exactly is the role of women in this necessary change of social patterns? How can women contribute to the development of new forms of masculinity?

Artists Jonathan Hielkema and Jacopo Planet will also be present (the latter via a zoom connection) to explain their ongoing research project on masculinity, Black Butterflies. And prior to the talk, there will be an opportunity to view their work.

In the musical documentary (on progress) Black Butterflies, the alter egos of artists Jonathan and Jacopo Planet set out on a journey through Italy and Holland to research ‘masculinity’. Italy, land of machos, Holland, land of miserly Calvinists – what do they have in common? Tired of all the theory and social reverberations, the opted to just ‘celebrate masculinity’…

Ruby Sanders is a journalist and (final) editor for ao NRC, Het Parool and Oneworld.  She studied Latin American studies and film studies. She is also founder of Latin America magazine conSentido.

Marcel Ulrich is a neuropsychologist who works in his own practice in Amsterdam Centre as a psychotherapist. Together with colleague Timon van der Scheer he founded a men’s group, of which he himself is a participant.

Timon van der Scheer graduated as a movement scientist and as a psychologist, and currently he is studying to become a psychotherapist. In the men’s group he set up together with Marcel Ulrich and in which he participates, he experiences being a feeling, thinking and contacting being and, oh yes, also a man.

Jonathan Hielkema lives and works in The Hague. In 2018 he finished the BA Photography at the KABK in The Hague. During his enrollment in art academy, he also followed the MSc Media Technology program at Leiden University. In 2020 he finished a fellowship at BKB Academy, Amsterdam. Currently, he graduates from the MA program F for Fact at Sandberg Institute.

Jacopo Planet grew up between Italy, France and the United-States, where he graduated in 2018 from Berklee College of Music. He currently lives in Rome and works as a performing artist, composer and sound designer.