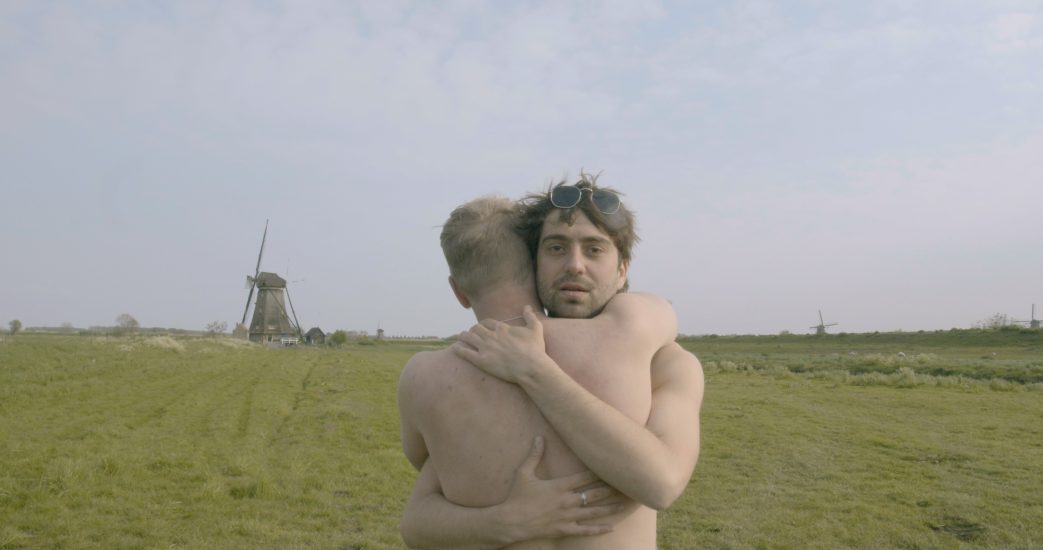 This week on view at ROZENSTRAAT, next to The Young Man as a Movie Star by Bart Groenendaal and Ciudad Mujer Ciudad by Pola Weiss:

a work in progress by Jonathan Hielkema & Jacopo Planet

In this musical documentary, the alter egos of artists Jonathan and Jacopo Planet set out on a journey through Italy and Holland to research ‘masculinity’. Italy, land of machos, Holland, land of miserly Calvinists – what do they have in common? Tired of all the theory and social reverberations, the opted to just ‘celebrate masculinity’…

Jonathan Hielkema (1994, The Netherlands) lives and works in The Hague. In 2018 he finished the BA Photography at the KABK in The Hague. During his enrollment in art academy, he also followed the MSc Media Technology program at Leiden University. In 2020 he finished a fellowship at BKB Academy, Amsterdam. Currently, he graduates from the MA program F for Fact at Sandberg Institute.

His approach is provocative, containing personal involvement and unbeknownst collaborations, resulting in explosive and uncomfortable works that challenge people’s biases about society and common-sense. Previous works address ‘touchy’ subjects such as privileges, the status-quo, exploitation, and worryism.

Jacopo Planet (1995, Italy) grew up between Italy, France and the United-States, where he graduated in 2018 from Berklee College of Music. He currently lives in Rome and works as a performing artist, composer and sound designer.

Through music, film-making and performance, his work aims to have deeply personal and emotional experiences cohabit with absurd settings and confident interactions with strangers.