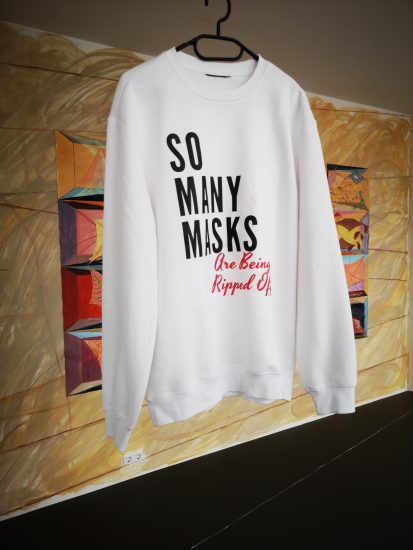 Over thirty-five artists have been working at Rozenstraat’s space in the last months to independently create a Gesamtkunstwerk inspired by the already mythic year 2020. Although 2020 will be further developed in the upcoming weeks, we have already opened our doors for you to see this unique project in progress, based on ‘the unknown’ and a deliberate lack of control as its guiding principles.

2020 started with a small number of artists appointed by the Rozenstraat’s team who each invited another artist, and another, creating an uncontrolled trace of artists. The project is furthermore loosely based on the cadavre exquis principle, replicating the idea of uncertainty but also of improvisation.

2020 can be regarded as a time-document of an unprecedented period in which the importance of resilience, solidarity and connectedness rarely has been so clear. The project reflects on the past months and speculates on the ones to come by uniting an amalgam of perspectives by artists based in, or strongly connected to, Amsterdam.

In the coming weeks we are open on Friday and Saturday between 1 and 6 pm.

Please keep in mind that due to government regulations we can only allow a limited number of visitors at a time.